So Your Jaw Hurts. Now What? 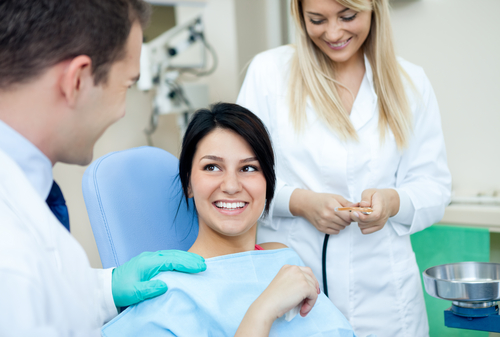 Let me paint a picture for you:

You wake up in the night with a throbbing pain in your jaw. It’s an unpleasant, recurring experience, but it’s one that you have to put up with night in and night out.

It’s not just your jaw, though, is it? No, you’ve been having these awful headaches that only seem to get worse form one restless sleep to the next. It’s making it harder and harder to concentrate, whether you’re at work discussing a big project, or simply enjoying a chat with friends or family. It’s enough to make you want to cry out of frustration as much as exhaustion.

The truly odd thing about it is how these dueling pains – in both your jaw and in your brain – seem to be somehow linked. A throbbing, incessant headache on top of a growing pain in your jaw, which is making it difficult to even chew or talk, is getting to be too much for you.

I’ve heard this unfortunate story before, and it sounds like it could be a case of TMJ disorder. It’s a dysfunction within the jaw that can not only be the cause of your awful headaches, but if you fail to treat it in time, you could wind up losing the ability to open or close your jaw. If that happens, then the only thing that might be able to fix the problem at such an advanced stage is a serious and complicated oral surgery.

I don’t want any potential patient to ever think that their oral health issues should ever progress to such an extreme point, because it simply doesn’t have to be that way.

If you or a loved is suffering from TMJ disorder, then let me help you ease you pain, rid you of those troubling headaches, and restore the proper functionality to your jaw with a simple, non-invasive treatment that you won’t believe.

What, Exactly, Is TMJ Disorder?

It has many causes, but chief among them is a related jaw disorder called bruxism, or teeth grinding. If you anxiously grind your teeth while you sleep or even during the day, the cumulative force of all of that pressure can cause your jaw to become misaligned along the temporomandibular joint.

When this happens, and you fail to treat it, a number of nasty things can develop. Mainly, however the cartilage within that joint will quickly erode under all of that unnatural stress, which will make it ever more difficult to use a full range of motion on your jaw until you have no range of motion whatsoever.

It’s a terrible thing to behold, and even worse if you’re the one who has to behold it on a daily basis.

Fortunately there’s a treatment, and what it is just might surprise you.

A Mouthguard To Fix Your Headaches?

Yes, in so many words.

If your TMJ disorder hasn’t advanced to the point of requiring surgery, then I can craft a mouthguard (similar to what a hockey player or boxer might wear) that is specially designed to conform to the shape of your smile, but with a twist: By designing it in such a way as to minimize your jaw muscle’s ability to “clench” while you’re sleeping, and positions the jaw so that will gradually fall back into its right place over time.

The great thing about this treatment (aside from the fact that it doesn’t require surgery!) is that it will treat your TMJ disorder as well as your bruxism in the event that you’re suffering from both!

How often is it that one simple piece of plastic can save you so much time, money, and pain?

To find out if you have TMJ disorder and, if so, to determine the extent of it, you need to come into my office for an examination right away.

To schedule your appointment, please call me at 458-205-5189. If it hurts too much to talk with someone over the phone, then by all means click here to request an appointment online.